As we ring in the New year we are most happy to see two new faces (at least from the stage) reading for us. 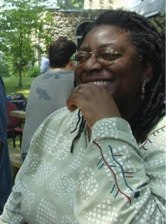 Jennifer Marie Brissett  is a Jamaican-British American (born in London, England.) She came to the US when she was four and grew up in Cambridge, MA. She was a software engineer and web developer for many years before she moved to Brooklyn, NY to build the indie bookstore, Indigo Café & Books which she ran for three and a half years.Jenn has a Master's in Creative Writing from the Stonecoast MFA Program at the University of Southern Maine, concentrating in Speculative Fiction and a Bachelor's in Interdisciplinary Engineering (Electrical Engineering with a concentration in Visual Art) from Boston University. She is a writer and sometimes artist who has had a few shows in cafes in the Boston area.Her stories can be found in Morpheus Tales, Warrior Wisewoman 2, The Future Fire, Thaumatrope, and Halfway Down the Stairs where her work was nominated for the Dzanc Best of the Web Series and included in The Best of Halfway Down the Stairs, 2005-2010. Her story "Secrets of the Sea" is a 2013 finalist for the storySouth Millions Writers Award. Her debut novel Elysium will be published in Spring 2014 by Aqueduct Press. She lives in Brooklyn, NY with her husband where they both fully accept that their cat rules the house. Her website can be found at http://www.jennbrissett.com 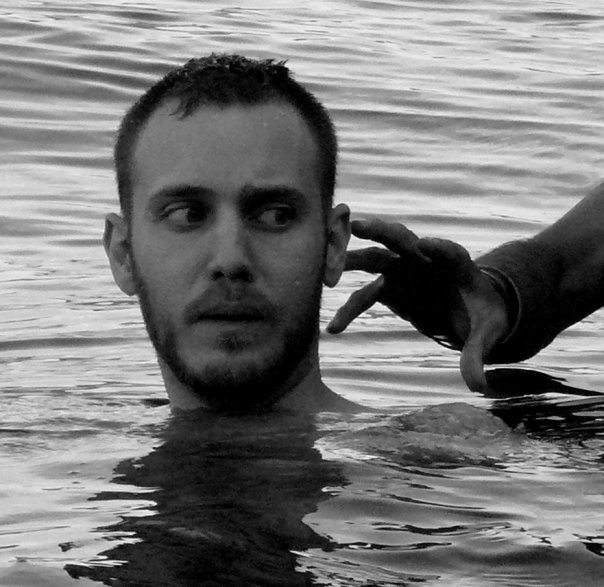 Sam J. Miller is a writer and a community organizer. His work has appeared or is forthcoming in Shimmer, Electric Velocipede, Nightmare Magazine, Daily Science Fiction, The Minnesota Review, and The Rumpus, among others. He is a graduate of the 2012 Clarion Writer’s Workshop, a member of the Altered Fluid writers group, and the co-editor of Horror After 9/11, an anthology published by the University of Texas Press and included in the "Brilliant/Lowbrow" quadrant of New York Magazine's famed "Approval Matrix." Visit him at samjmiller.com

After the event, please join us as we treat our readers for dinner and drinks nearby.

Jim Freund is Producer and Executive Curator of The New York Review of Science Fiction Readings.  He has been involved in producing radio programs of and about literary sf/f since 1967.  His long-running live radio program, “Hour of the Wolf,” broadcasts and streams every Wednesday night/Thursday morning from 1:30-3:00 AM.  Programs are available by stream for 2 weeks after broadcast.  (Check https://hourwolf.com, follow @JimFreund, or join the Hour of the Wolf group on Facebook for details.)  In addition, Jim is Podcast Editor and Host for Lightspeed Magazine.

The SoHo Gallery for Digital Art (AKA Soho Artspace) is dedicated to re-establishing SoHo as an international center for the development of new artistic forms, concepts and ideas.  A screens-instead-of-canvases approach allows a wide selection of art from around the world which would otherwise never make it to the City.  The SGDA is available for private gatherings and events of all kinds.  For bookings call (800) 420-5590 or visit sohodigart.com

HOW:
By Subway
6, C, E to Spring St.; A, B D or F to West 4th; 1 train to Houston St; or R, W to Prince St.
There are many convenient bus lines that come within a couple of blocks of the gallery.  Use the link above for an interactive transit map.

--
The New York Review of Science Fiction magazine is celebrating its 23rd year!
Subscribe or submit articles to the magazine!

--
To join our infrequent mailing list please send a note to NYRSF_Readings@hourwolf.com.
This is not a listserv or automated service, so no need for geeky 'subscribe' commands.