Remember remember the fifth of November
Good writers, good friends, and whatnot;
I see no reason why our reading this season
Should ever by us be forgot

For Guy Fawkes Day, guest curator Amy Goldschlager has plotted an evening of fine writers for us, each of whom has recently sold their debut novels. 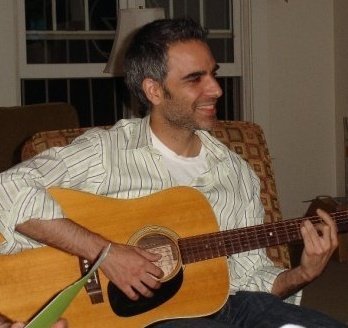 Rajan Khanna is a writer, narrator, and blogger.  His columns and articles regularly appear on Tor.com and LitReactor.com.  He has narrated fiction for markets such as Podcastle, Escape Pod, Starship Sofa, Lightspeed Magazine, and Beneath Ceaseless Skies.  His short fiction has appeared in Beneath Ceaseless Skies, Daily Science Fiction, and several anthologies including The Way of the Wizard and the upcoming Dead Man’s Hand.  His first novel, Falling Sky, will be out from Pyr Books in Autumn of 2014. 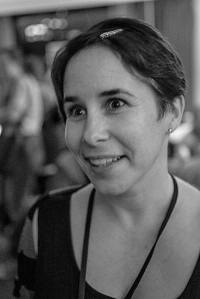 Fran Wilde is an author, programmer, and technology consultant. She's worked as a science and engineering writer, a sailing instructor, a game developer, and a jeweler's assistant.  Her first novel is forthcoming from Tor in 2015, with two more to follow.  Her short stories have appeared or will appear in Asimov's (April/May 2014), Nature, Beneath Ceaseless Skies, and The Impossible Futures anthology, while her nonfiction interviews with writers have appeared under the banner "Cooking the Books" at Strange Horizons, the SFWA blog, and at franwilde.wordpress.com. 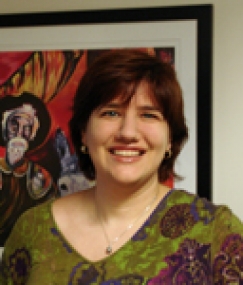 Amy Goldschlager is an editor, writer, and reviewer who lives in New York City and exists virtually at amygoldschlager.com.  She has worked for several major publishers, and has contributed to the LA Review of Books, Kirkus, Publishers Weekly, ComicMix, and AudioFile magazine.  She currently writes the audiobook review column for Locus.

After the event, please join us as we treat our readers for dinner and drinks nearby.

Jim Freund is Producer and Executive Curator of The New York Review of Science Fiction Readings.  He has been involved in producing radio programs of and about literary sf/f since 1967.  His long-running live radio program, “Hour of the Wolf,” broadcasts and streams every Wednesday night/Thursday morning from 1:30-3:00 AM.  Programs are available by stream for 2 weeks after broadcast.  (Check https://hourwolf.com, follow @JimFreund, or join the Hour of the Wolf group on Facebook for details.)

The SoHo Gallery for Digital Art www.sohodigart.com)  is dedicated to re-establishing SoHo as an international center for the development of new artistic forms, concepts and ideas.  A screens-instead-of-canvases approach allows a wide selection of art from around the world which would otherwise never make it to the City.  The SGDA is available for private gatherings and events of all kinds.  For bookings call (800) 420-5590 or visit http://sohogallerynyc.com.

HOW:
By Subway
6, C, E to Spring St.; A, B D or F to West 4th; 1 train to Houston St; or R, W to Prince St.
There are many convenient bus lines that come within a couple of blocks of the gallery.  Use the link above for an interactive transit map.

--
The New York Review of Science Fiction magazine is celebrating its 22nd year!
Subscribe or submit articles to the magazine!

--
To join our infrequent mailing list please send a note to NYRSF_Readings@hourwolf.com.
This is not a listserv or automated service, so no need for geeky 'subscribe' commands.